Tenkai Knights Wiki
Register
Don't have an account?
Sign In
Advertisement
in: Templates of the fifth main page 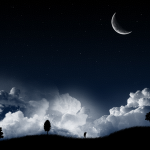 Nightmare9188 was the founder of Tenkai Knights Wiki and has been active on this wiki from 2013 to 2016. He laid the fundament for the wikis run by MoviezWorldwide in many ways. Many of his ideas would also be used by his successors. Due to a severe personal crisis including depression, he mostly resigned from his duties in early 2016. Towards the end of that year he ended his sufferings by committing suicide. His duties were transferred to other members of MoviezWorldwide including Moviejunkie2009.