This mode is activated by the Knight changing into his bigger core brick, surrounded by his respective element. He then receives the normal attachments of Titan Mode, except in the respective new colors. They also get bigger wings and helmets. Their weapon grows bigger and can sometimes be shown surrounded by their element.

This mode gives them a combination of their Titan Mode powers, including enhanced abilities, and Elemental Mode powers, including Elemental Attacks. This mode also grants the user full flight. The Tenkai Knights and Dromus have the ability to release their White Dragon Cubes to form the Light Tenkai Dragon, reverting them to their original form. Not only can Vilius release his Black Dragon Cube, but he can also summon the other four from the Guardians to form the Dark Tenkai Dragon. 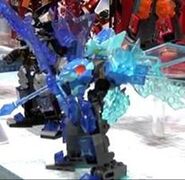 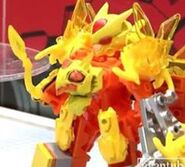 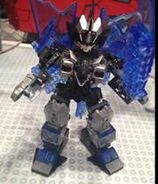